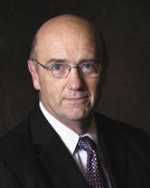 Charles “Sid” Saunders, a native of San Antonio, Texas, has a strong background in business development and military business relationships. The sole owner of Pendulum Services, he holds a B. S. Degree in Chemistry from Texas A&M University, and an M. S. Degree in Chemistry from the University of Utah. He served as an officer in the U. S. Air Force and is retired from the U. S. Air Force Reserve.

After leaving the active Air Force, Mr. Saunders was Director of Commercial Development for GAF Corporation in Wayne, New Jersey, and was responsible for new business development, market research department, economic evaluation, and for management of the advanced technology and materials group.

He was Vice President of the Texas Research and Technology Foundation (TRTF) in San Antonio Texas from 1985 – 1986. He was responsible for land planning and acquisition of the original 250-acre tract for the Texas Research Park and options for an additional 1000 acres. During this planning of the project Mr. Saunders worked with land planners and architects as well as attorneys, financial analysts and community leaders on a development plan from the acquisition of the land to its use as an endowment for research. In the planning process he visited research park facilities though-out the U. S. and participated in reviews and assessments of other projects.

From 1986 to 1992, he was Vice President of Business Development for ICI America’s Advanced Materials Division and was responsible for product development and Government systems as well as market research and marketing to include advertising and promotion for high temperature superconductors, orthopedic implants and high performance ceramic polymer materials.

From 1992 until 1998, Mr. Saunders was Vice President of Government Operations for ICI Americas Inc. In this position he was responsible for the management of Army Ammunition Plants in Charlestown, Indiana and Chattanooga, Tennessee. The Indiana site has served as a model for the U. S. Army ARMS (Armament Retooling and Manufacturing Support) Program. This program has been hailed as a successful model for privatization of Government facilities. In 1998, the Indiana site was awarded a Phoenix Award for excellence in development of a brownfield site. Between 1995 and 1998, Mr. Saunders directed the National Marketing campaign for the U. S. Army Industrial Operations Command (IOC) ARMS program.

From 1999 to July, 2010, Mr. Saunders was one of the founders and principals Pendulum Management, an asset management company dedicated to maximizing value from client assets in a minimum period of time. This later expanded to become the Pendulum group of companies (see History).

As of July 1, 2010 Mr. Saunders became sole owner of Pendulum Services, relinquishing his position in the other companies. He served as Executive Director of the Defense Transformation Institute, a the City of San Antonio’s proactive intermediary with active military installations located there, before relocating to Destin, FL , where he now resides.

He has had articles published in a number of different periodicals as well as a section in the AMA Management Handbook, Third Editionon Industry Government Collaboration.