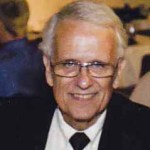 Ron Repp has extensive experience with Army facilities and equipment, having participated in the creation and operation a highly regarded Earned Value Management System (EVMS) for the Modernization and Expansion program at an Army Ammunition Plant and operational oversight of Cost/Schedule Control Systems. He later served as Marketing Manager to attract commercial tenants to award winning Army installations under the Facilities Use program and assists in marketing the Armament Retooling and Manufacturing Support program, under which the Facilities Use program operates, for the US Army.

In 1992 he formed RMSI, Inc. which in 1997 contracted for the long term Facilities Use of the 7 building, 25 acre administration complex at a former Army Ammunition Plant with 125,000 SF of office space, including a Business Accelerator. This marked the first use of the Master Facilities Use Agreement, which was created to facilitate this transaction. The Facilities Use Agreement was later converted to a short term lease with an option to purchase, and later sold.  Ron then started Symmetric Management Services, which has been engaged as an adviser with private sector businesses seeking military customers or facilities, business development activities, site selection services, and real estate services. He also markets commercial and industrial property for private developers.

Ron has been a member of the Community Transportation Advisory Committee of the Kentucky/Indiana Planning and Development Agency (the Louisville Metropolitan Planning Organization), including one term as Chair. He has also served on the Board of the Southern Seven Workforce Investment Board (WIB), has held several offices within the Charlestown (IN) Chamber of Commerce, including two terms as President, and has long served as President of the Washington Township Regional Sewage District.