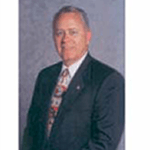 Bill  has served as Executive Director, Defense Transformation Institute [DTI]. The DTI is a limited liability company under the Texas Research and Technology Foundation, a Texas 501 (C) (3) non-profit organization located in San Antonio, Texas. The stated goals of DTI are to assist the City of San Antonio and Bexar County promote economic development on and around military bases; to enhance the military value of local missions; reduce military installation management costs; accelerate the construction of new base facilities for military missions; and to leverage military assets and capabilities through enhanced community partnerships.

Bill is a native of San Antonio and holds a Bachelor of Science Degree in management with a double minor in accounting and economics. He has also completed all course work for a Masters in Strategic Studies.

Bill currently serves as Chairman of a State Chartered Credit Union in San Antonio and continues active participation with the Greater San Antonio Chamber of Commerce, as a Past Chairman & current member of the Finance Committee.  He is past member of the San Antonio Military Missions Steering Committee and Task Force [BRAC related]. He is also Past Chairman of the Military Affairs Council, Marketing Communications Council, Ambassadors and Presidents Club. Bill was inducted as an Honorary Life Member of The Chamber in 1980.

Bill also served for many years as an Officer and Member of the Board of Directors of the San Antonio Manufacturers Association [SAMA], and was elected an Honorary Life Member at their Annual Meeting in 2005. [He is currently one of only two living Honorary Life Members].

His civic and professional affiliations also included: Past Chairman and Member of the Economic Development and Strategic Marketing Committee, American Public Power Association.

Bill is a Past President, and serves on the Executive Committee of the Alamo Chapter, Association of the US Army [AUSA].
He served on the Board of San Antonio, Inc., the City of San Antonio coordinating council for economic development initiatives, and was involved in the initial development and funding for SATAI – the San Antonio Technology Accelerator Initiative.

Additionally, he served as member of the South San Antonio Chamber of Commerce Economic Development Committee and is a Past President of the San Antonio Chapter, American Marketing Association, where he had been an active member since 1972.