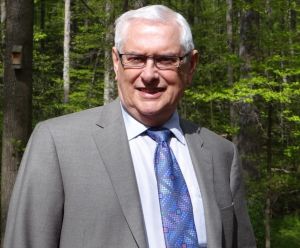 Dr Cornette provides a variety of technical and business assistance including identification and assessment of emerging technologies.  He has a broad range of experience in Government, Military, and private enterprise.

Dr Cornette received his BS in Biology/Botany at Indiana University in 1965 and PhD in Biochemistry from the University of Kansas in 1969.  He entered the Air Force upon graduation and spent 4 years on active duty.  He became an Air Force civilian with responsibility for biology and chemical laboratory operations at Eglin AFB and initiated the first environmental research program in the Department of Defense focused on conventional weapons development and testing.  He served as the Senior Scientist of the Air Force Engineering and Services Center at Tyndall AFB and as the Chief Scientist for environmental research in the Department of the Air Force. He retired as a DR4 (GS-15) civilian.  Dr Cornette was frequently activated by the Air Force when a Reserve Officer with chemical and biological warfare experience was needed.  He served at the Defense Intelligence Agency, the National Security Agency, the Assistant Secretary of the Air Force, the Undersecretary of Defense, and had a tour of duty in the White House.  He served for the duration of the first Gulf War (DESERT STORM) working to identify and target chemical and biological facilities.  He retired as a Colonel.

He established one of the first chemical and biological analytical laboratories in Northwest Florida (Gulf Coast Analytical Services) and the follow on Analytical Services Corporation. He was a founder and Director of the Coastal Operations Institute focused on addressing National needs in the coastal arena and in the Gulf of Mexico.